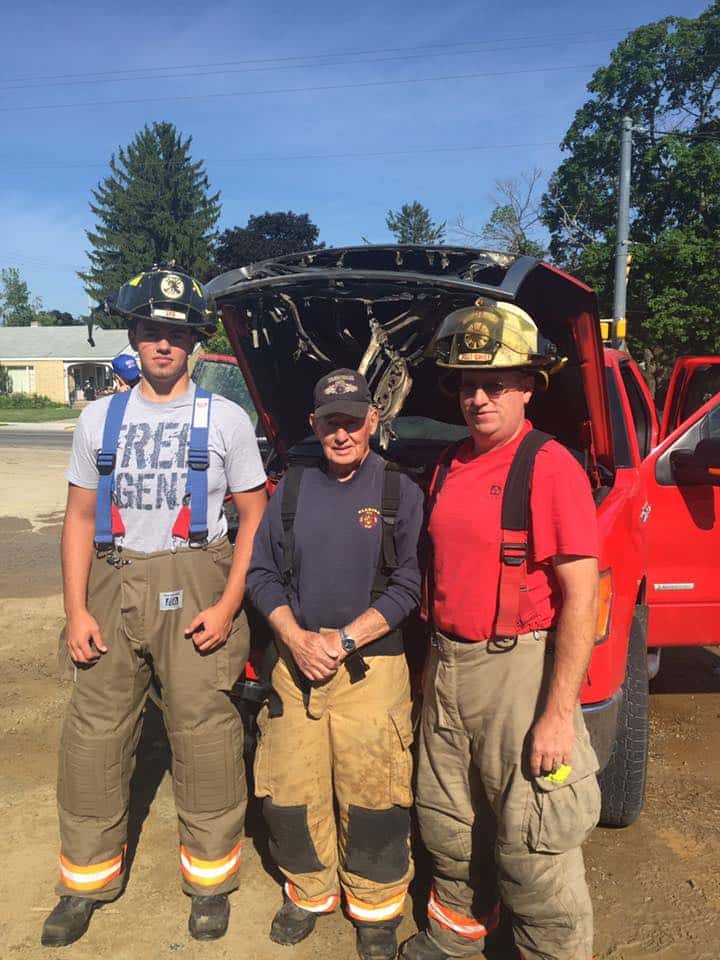 Heaven’s fire company got a new driver when Russell L. Bartley, 83, of Clarion passed away at home on Monday, August 17, 2020, after a short battle with cancer.

Raised in Clarion, he spent summers at his grandparents in Huey.

At the age of 13 he started working for the Staab boys at their 8th Avenue Service Station. Later he worked at Bill Mowry’s station on Fifth Avenue.

At the age of 21 he was hired by R & H Corp. to shift trailers at night. Two days later he was given a truck and sent on down the road which he drove for 46 years. He drove for R & H until they closed in 1982.

He then worked for Regal Services out of Ripley, NY, where he was given a Peterbilt to drive.

He retired from there in 2004. On occasion he would go back for a week, just to help out and remember why he retired. He also filled in by driving Beaser Laughlin’s truck.

In 1959 he met Mary Moore who waited tables at Thelma’s Modern Diner. They were married June 3, 1961 at the I.C. Church in Clarion.

On January 15, 1959, he joined Clarion Fire & Hose Co. No. 1. His last fire call was on June 23, 2020. He served in many positions within the fire company and last held the position of truck superintendent. He made certain that the fire trucks were in good repair, fueled and ready to go.

In addition to his wife Mary, he is survived by his daughter Marion of Clarion, son Chuck and his wife Andrea of Clarion, his grandchildren Olivia, Michael, Philip and Anthony. Also by his sister Barb Bartley of Huey, and brother Joe and his wife Marilyn of Sligo. And numerous nieces and nephews.

He was preceded in death by his parents and infant brother George.

Services will be held on Saturday, August 22, 2020 at 11:00am at the Goble Funeral Home, 330 Wood St. Clarion, Pa 16214 with Pastor Harry Hoff of Hope Rising Church officiating. Interment will follow at Miola Cemetery.