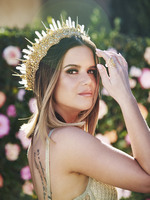 Maren Morris hits No. 1 on Billboard‘s Hot Country Songs this week with “The Bones,” marking the first time since 2016 that a solo woman has topped that chart. “The Bones” ousted “10,000 Hours” by Dan + Shay and Justin Bieber, which held the No. 1 spot for 21 weeks.

Last week, Maren received RIAA Gold certification for her album GIRL, which shattered the record for the largest ever debut streaming week for a country album by a woman, with 23.96 million streams in its first week.

Maren leads the 2020 ACM Awards nominations this year with five nods including Female Artist of the Year and Album of the Year for GIRL. The Awards will take place in Las Vegas on April 5th and air live on CBS.