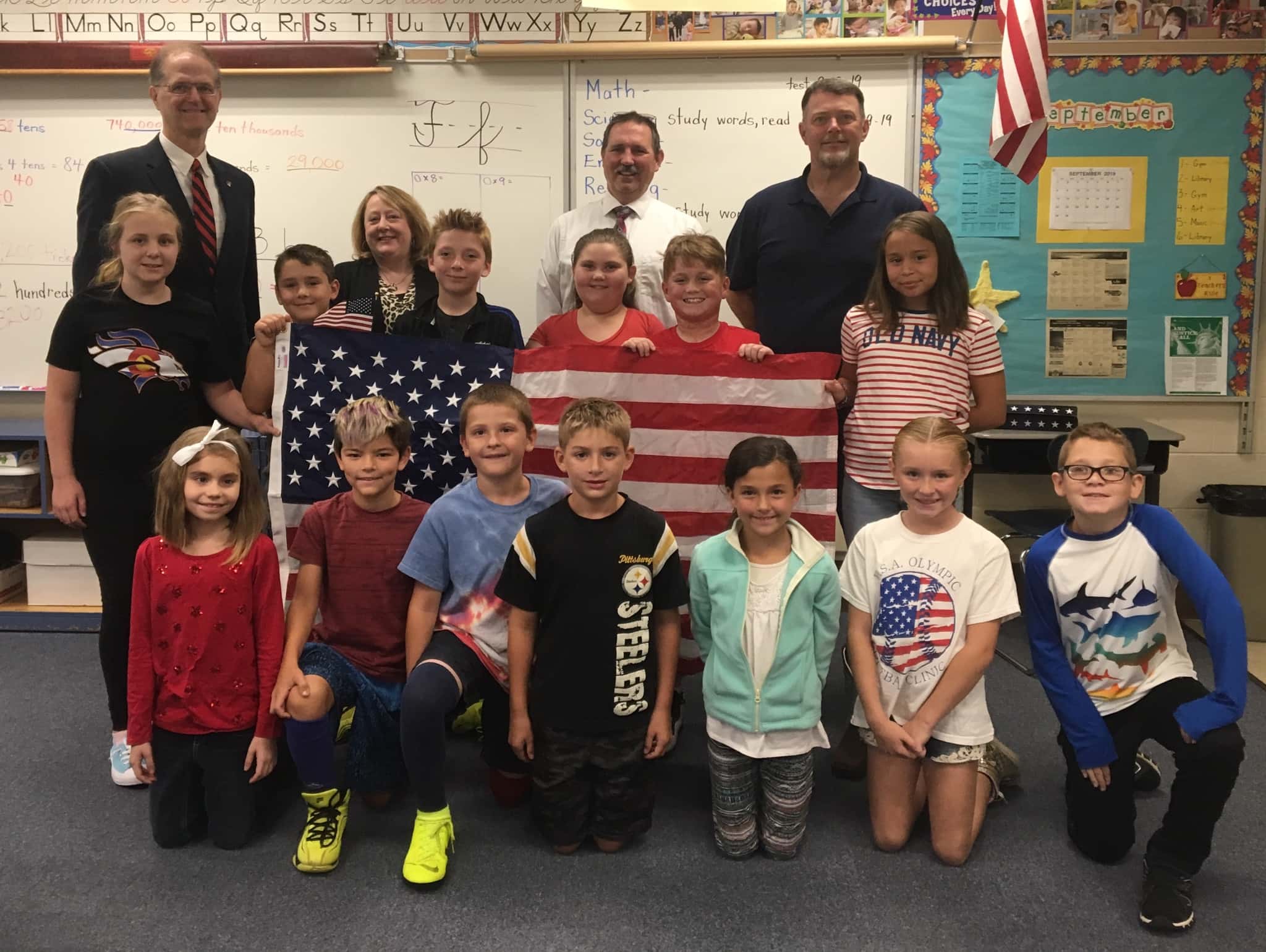 The students recently learned about Betsy Ross and the first American flag prior to his visit.

Senator Hutchinson presented the school with a flag that hung in the State Capitol Building in Harrisburg.