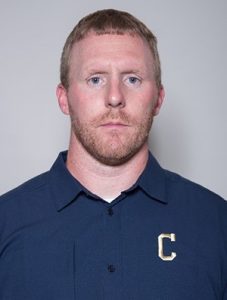 Steiner will continue to work with the Golden Eagles’ defensive line as he has throughout his tenure in Clarion.

“I am excited to offer Coach Steiner the position of Interim Defensive Coordinator,” Weibel said.  “I have always been impressed with Brian’s work ethic and commitment to the program. He deserves this opportunity, and I am confident that he will thrive in his new role.”

“I am honored to be named Interim Defensive Coordinator here at Clarion,” Steiner said.  “Our defense has developed into one of the top units in the PSAC over the past couple years and I look forward to continuing our rise to the top of the conference.”

Originally hired in March 2009, Steiner has served as the defensive line coach for the past 10 seasons, and at one point spent four seasons as the team’s recruiting coordinator.  The defensive line has been a bright spot for the Golden Eagles since Steiner’s arrival, with 16 All-PSAC West selections since the start of the 2009 season.  Included in that total is two-time PSAC West Defensive Athlete of the year Julian Howsare, who signed professional contracts with the NFL’s New York Jets and Seattle Seahawks before making his way to the Canadian Football League (CFL).

In addition to athletic honors, Steiner’s charges have also excelled in the classroom.  Matt Koerper was a 2015 CoSIDA Academic All-America selection.

As recruiting coordinator, Steiner has helped produce two of the larger signing classes in Clarion history in 2016-17.  The Golden Eagles inked a total of 31 players on those two National Signing Days, with droves of recruits committing on subsequent dates as well.

Steiner came to Clarion from Dayton, where he coached the defensive line for three seasons. In 2007 the Flyer “D” was ranked #4 nationally in total defense, #1 in sacks and #2 against the run. In 2008 the defense was #2 nationally against the run and #7 in scoring defense.

A resident of Clarion, Steiner is married to his wife Kari-Beth.